What Are Party Drugs & Hallucinogens?

Party drugs and designer drugs, also referred to as club drugs due to their frequent use in dance clubs, are a class of substances created in laboratories with a range of unpredictable chemicals. Types of party drugs include: 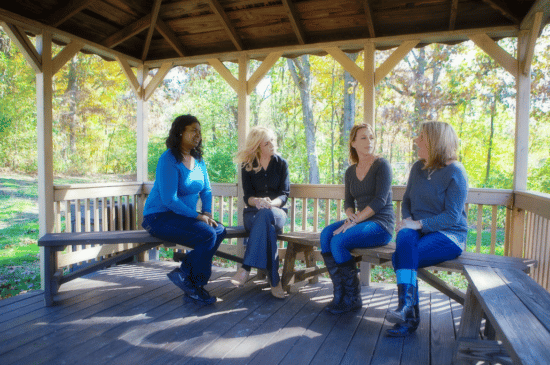 What are the Side Effects?

While the different types of party drugs are responsible for different effects, what they have in common are stimulating properties and a removal of inhibitions. And because their chemical structures often vary, even within the same type of drug, reactions can be unpredictable and even deadly. Party drugs are often cut with other lethal ingredients as well, including heroin, cocaine, and even rat poison, which can lead to short and long-term consequences, including death.

Researchers are still uncertain about the answer to this question. Party drugs like MDMA are not as common as drugs like marijuana or alcohol, since they’re primarily used in recreational settings. Just 4% of young adults aged 18-25 report using MDMA in a given year, compared to 31.6% who report marijuana use and 76.8% who report alcohol use.

Regardless of whether science is ready to definitely answer the question of “is molly addictive?”, there is no denying that many individuals do experience serious complications from their use of party drugs. These complications are similar to those from other substance use disorders, including physical adaptations to an individual’s serotonin and dopamine systems, behavioral disturbances like impulsivity, and an inability to stop using the drugs even in the face of negative consequences.

A lack of qualified studies on MDMA’s addictive properties among humans does not negate the experiences of ecstasy abuse that many people experience. The euphoric highs of ecstasy and other party drugs is often accompanied by severe lows. And ecstasy withdrawal symptoms—triggered by a rapid increase and then depletion of feel-good neurotransmitters in the brain—can include depression, paranoia, confusion, anxiety, and more. Withdrawal symptoms can happen after just one use, and are generally amplified when an individual has used ecstasy in conjunction with other drugs or alcohol.

Treatment for MDMA and other party drugs

As with all drugs, it is very important that individuals who are addicted to party drugs receive care under the supervision of trained professionals. At our inpatient drug rehab centers in Florida and the east coast we guide patients through a safe detoxification process before transitioning them into an individualized rehabilitation program. Treatment for MDMA patients and those suffering from addiction to other party drugs includes a strong focus on cognitive behavioral therapy and lifestyle changes. Treatment from ecstasy addiction can lead to long-term recovery, but it requires that the individual remove themselves from situations where these drugs are prevalent in use.

Get Support from Retreat Behavioral Health

At Retreat Behavioral Health, we take addiction to party drugs and hallucinogens very seriously, with a highly trained staff skilled in walking addicts through the steps to recovery. Our Lancaster County and Palm Beach County rehab facilities are designed to offer a safe haven for addicts as they begin their journeys to sobriety, with therapeutic modalities that include standard psychological treatments as well as alternative holistic therapies. Patients are accepted for admission 24 hours a day, 7 days a week, with free ground transportation available to and from our rehab centers. For more information, please contact us at 855.859.8810.