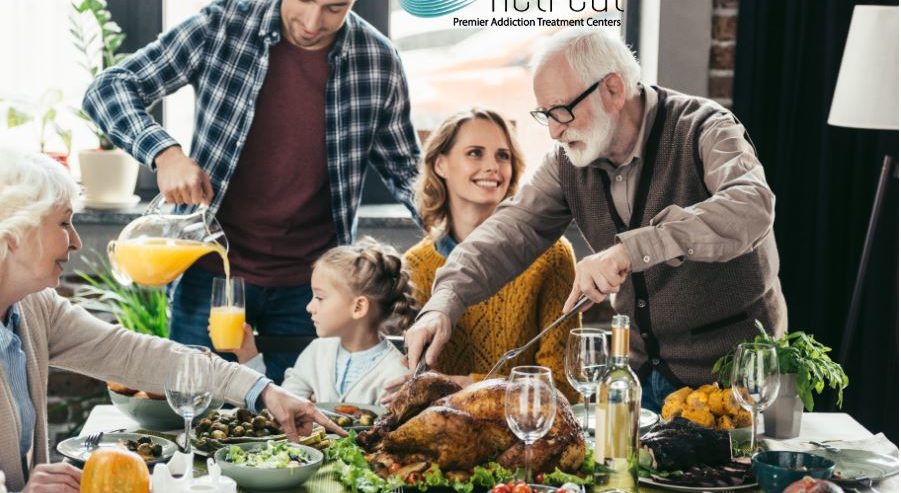 #SECONDCHANCES: This Thanksgiving, I’m free of the alcohol and the painkillers. That’s a lot to be thankful for

Thanksgiving is a time to reflect on gratitude. Retreat asked three alumni to author a collection of original columns explaining why our leading substance abuse treatment gave them a second chance at life. The result is our special series, #SecondChances.

This Thanksgiving, I am Free

For 14 years, I taught special education to elementary and high school students in Pennsylvania.

Little did those kids realize that, as I stood at the front of the classroom lecturing for nearly a decade and a half, I was drunk in nine out of ten of those classes.

You see, I’m a recovering alcoholic. Like most people suffering from addiction, I brought traces of the disease with me everywhere I went — including the classroom.

I didn’t do it because I wanted to subject my students to a drunken teacher or an unsafe learning environment. I didn’t have any other choice; the disease had fully consumed me. If I didn’t drink, I couldn’t function. It was just that simple.

How I started drinking

I first came to the disease when I was about 17 years ago. My then-boyfriend and I did a lot of drinking together — and his temper, mixed with my belligerence when I drank, was a tempestuous combination. Eventually, a few years later, I found out that this man whom I was convinced I was going to marry had actually been seeing another woman, and we cut off the relationship. I was devastated.

That’s when my drinking really took off. Sure, my friends were concerned, and from time to time they even spoke up and voiced their fears for my well-being, but the rage I met their questions with always quieted them down. No one was going to get between me and my liquor.

Alcohol just made me feel so right. I loved who I was when I was buzzed — I was convinced that could communicate better with men, was bubblier in social settings. I even felt like I was skinnier and looked prettier. If someone told you, you could have all that just by taking a sip of some sort of magic potion, wouldn’t you?

In college, getting my hands on seemingly unlimited supplies of alcohol was like child’s play. It got more difficult when I moved back in with my parents after I graduated though, and I’d have to sneak bottles of vodka upstairs to my room or raid my dad’s stock of beers, without them noticing. It wasn’t easy to conceal my habits from their watchful gaze.

Through my 20’s and 30’s, my drinking got worse and, like most gateway drugs, opened up a gateway to more dangerous experimentation with substances. I started mixing drugs together to experience new kinds of highs, and eventually even tried crystal meth. That was the pinnacle of my substance abuse, and it caused my parents to stop speaking to me for half a year; they were so distraught by the things I had done to myself.

In 2001, I met my husband Mark, a firefighter, and EMT who swept me off my feet. Within three months of meeting Mark, I had gotten pregnant with our daughter Morgan, and we knew we had no alternative but to get married. We stayed together for 12 years when finally the fighting and disagreements became insurmountable. Mark is an amazing man, but because of how quickly everything happened so early on, we never really had a chance to get to know each other. Simply put, we weren’t the best fit for one another.

Predictably, my struggles with addiction caused a lot of tumult in our marriage. Things got worse after I suffered a bad car accident and was prescribed Soma, a muscle relaxer. Soma has been shown to have habit-forming effects due to the presence of meprobamate, a metabolite that, in the body, operates like benzodiazepines (a class of drugs that includes Ativan, Klonopin, and Valium).

Between Soma, alcohol, and eventually meth, I shirked a lot of my responsibilities to my kids. With my husband out at work, Morgan had to become a mom to her younger brother Kenneth in my place. It’s not like I was out all day at work at that point, either; I was home with them, but totally out of sight, out of mind, from the alcohol.

Throughout the ebbs and flows of this horrible cycle, I sometimes managed to pry myself free to temporarily get sober, but I relapsed on two occasions. The second time was right after we lost my grandmother, who passed away as a result of Alzheimer’s disease. Losing her was devastating. After having spent a few years clean, I suddenly was craving safety and comfort in the wake of her loss — so I turned to alcohol to get it, which ironically was the one thing that provided exactly the opposite of the safety I so desperately was seeking.

Finally, last year, two girlfriends of mine came to see me at home. I had taken my fill of drugs and alcohol and then some. I looked terrible. “You need help,” they told me. One of these women had been to Retreat in Lancaster County, PA, as a patient herself, and spoke so highly of their care. She told me I had to go.

My time in treatment was completely transformative. It gave me a chance to start building a frame around understanding that I can’t have alcohol again. It’s not a death sentence; it’s actually a release and a relief. Alcohol has always been so perilous for me; without it, I’m free to live my life.

While in the program, I really enjoyed our music therapy immersions. One day, our clinician gave us all the chance to choose a song to listen to with the other members of the group; I chose “Celeste,” in honor of my name, by the folk singer Donovan. While it was playing, I just kept reaffirming to myself: “I’m not going to give up, I’m not going to lose hope.”

Knowing what’s best for me

When I left Retreat, my counselors and the staff there sat me down to talk about next steps. How was I going to maintain sobriety? Should I go straight home to my husband the place where I had been a prisoner of alcoholism for so many years? Or should I go to sober living, in a more structured environment designed for people like me to take those first steps toward living and working in recovery?

On the advice of people more experienced in treating addiction that I was at the time, and following my own gut intuition, I chose sober living. “I need to let this be on God’s time,” I told myself back then. “Not on Celeste’s time.”

While I was in the sober living home, my husband called me on the phone one day and asked, “Celeste, when are you going to come home?”

“I’m not,” I told him. “I really want to work on my recovery and get to know myself better.”

It disappointed me that my husband, who was supposed to be my champion and have my back during this process, decided to leave me when I was arguably at my most vulnerable state, so early on in my recovery journey. I can’t change anybody though or bend people toward my will. I’m practicing accepting situations that are hard to come to terms with every day, just like accepting, finally, that I can’t control the effect alcohol has over me.

That’s why I finally surrendered to sobriety, I finally gave in. As I look back on the struggle to accept that I can never safely drink again, I’ve come to realize that perhaps it wasn’t a surrender after all. Maybe, for the first time in my life, I mustered the courage to face that fact and stand up to my disease. Maybe, after so many years wasting away under its thumb, I had finally pried myself out — and now, my addiction was going to surrender to me.

Indeed, I learned from my special ed students that you can’t surrender to your goals and dreams. You have to keep moving forward and not let anyone tell you that can’t do what you set your mind to. For me, overcoming addiction was the ultimate proof of that.

In time, maybe I’ll meet a special man who shares my interests, can make me laugh, and together we can travel, see the world, write a new chapter full of memories. Maybe one day we’ll even have the beach house I’ve dreamed about for so many years. But for now, I’m focusing on Celeste — and the fact that I get to say that, without worrying about alcohol’s role in my life going forward, is a relief. It’s certainly enough to give thanks for this Thanksgiving.

In my newfound freedom, I’ve taken up hobbies like doing crafts. I particularly love making jewelry — I started with beaded jewelry in art class at Retreat and worked my way up from there. I’d love to make my own rings or necklaces one day, perhaps enroll in a class that teaches about how to make jewelry on your own.

Given my interest in jewelry, I like to picture precious stones in my mind; they’re such beautiful, natural relics. I think if I had to liken myself to one, it would be a diamond. Forged from the crucible of unimaginable stress, I emerged more beautiful than before. I’m not a flawless diamond, but I am clear and transparent as one — so clear, that you can see both my flaws and my facets if you look closely.

And sometimes, when I’m at my happiest — when my family is around me, when we’re living life and enjoying it free of alcohol or meth or Soma or anything else — in those moments, just like a diamond, I feel like I’m radiating light. 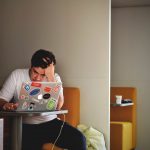 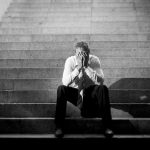 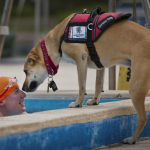