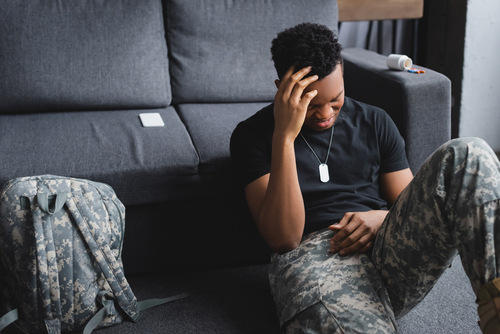 How Many Veterans Have PTSD — And What Can We Do About It?

Ask how many veterans have PTSD and you may be shocked by the answer. According to the U.S. Department of Veterans Affairs, 11-20 out of every 100 veterans experience post-traumatic stress disorder — a number that is both overwhelming and, unfortunately, not always acknowledged to the degree that it should be.

Post-traumatic stress disorder (PTSD) is a mental illness that occurs after exposure to a traumatic event. Unable to cope with what has been experienced, the brain exists in a near-constant state of fight-or-flight, with intense physical and emotional reactions triggered by memories of the event that are spurned by high-anxiety situations.

For veterans returning from combat zones, the symptoms of PTSD often include nightmares, intrusive thoughts, and difficulties processing the emotions of the trauma. Other symptoms include difficulties sleeping and maintaining relationships, wild fluctuations in anger and aggression, and self-destructive behaviors.

So why do so many soldiers have PTSD? And why do some experience it but not others? In a study published in Clinical Psychological Science, researchers determined that the stress of combat was a large contributor to veterans’ PTSD but usually not the only one. There is often an underlying, pre-combat psychiatric disorder, and the experience of directly doing harm to another is a common thread. An additional common factor was age, with younger soldiers being more likely to develop PTSD.

It’s important to recognize the extreme stress that the trauma of war can put on the human psyche. Not only does this help reduce the stigma of PTSD, but it also helps more veterans access the help they need.

When it comes to veterans, mental health issues encompass a wide range. The psychological effects of war on soldiers extends beyond responses to trauma and can result in an array of other mental illnesses, including depression, anxiety, and substance abuse. Some of this is due to the experience itself, while other times, post-war mental illness is a result of a traumatic brain injury incurred during service.

It’s important to note that mental illness does not only affect the veteran but their family as well. Many soldiers have spouses, and nearly half have children who are under 18. In a review of parental deployments published in Professional Psychology: Research and Practice, researchers found a strong incidence of behavioral and psychological issues among children who had a parent who served or is serving in the military. And the stress of post-war trauma can reach even further, affecting not just children and spouses but parents, siblings, and other extended relatives.

The costs of war aren’t relegated solely to veterans, and this is especially true when mental illness is involved. Many of the symptoms of PTSD in particular, such as anger and isolation, have marked effects on a veterans’ loved ones, who may or may not understand the psychology of what is going on.

Getting Help for Veterans and Their Families

Veterans may be tough, but there is nothing weak in asking for help. Mental health help for veterans is available, and so is help for their families. Types of treatment include professional psychotherapy and psychiatry and PTSD support groups, as well as support groups for other mental illnesses in veterans.

Veterans are encouraged to find a nearby VA center with mental health services, though support is also available through private treatment facilities. The VA also offers support for families, including a caregiver support hotline (855-260-3274) and a coaching hotline for encouraging veterans to seek help (888-823-7458).

If you or someone you love needs mental health support, help is always available. Reach out today to learn about the PTSD services available at Retreat Premier, or get in touch with your local VA center. 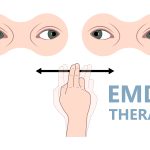 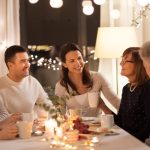 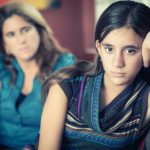